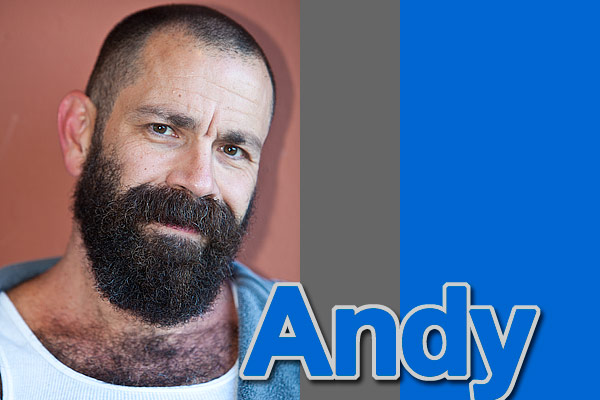 awe-inspiring
— adjective
causing or worthy of admiration or respect; amazing or magnificent

all about beards forever would be deficient without featuring Andy’s amazing beard.

In 2010, Andy humbly submitted one small photo for the beards of the world gallery. He was immediately invited to join the featured beards section instead. Andy kindly agreed. In addition, the former resident of California’s Silicon Valley — home of beards.org — agreed to do a photo shoot for beards.org during an upcoming return visit to California. But there is even more! Andy agreed to provide a photographic history of his awesome beard, showing how it has looked over the years. See below. 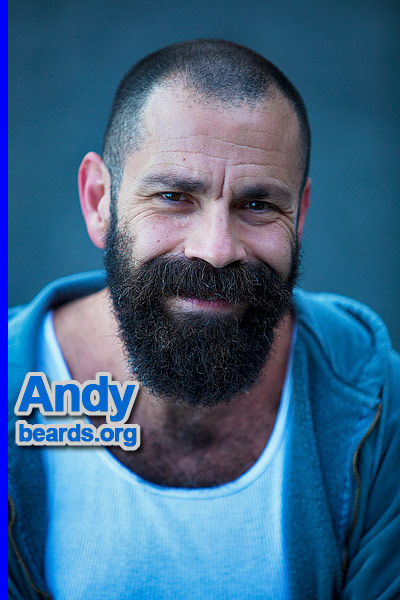 These days, Andy enjoys his retirement from a Silicon Valley high-tech career. In addition to producing fantastically fierce facial hair, Andy serves as a square dance and contra dance caller. He travels around to dance and call dances.

Be sure to visit:

The photos on this page not taken by beards.org were provided by Andy and are used with permission. All photos are subject to the site’s conditions of use.

Andy has one of the world’s most impressive beards. Not growing it would be such a loss and a shame. It would be interesting to know what motivates someone to grow such a stellar beard…

I hate shaving. I like the way I look with a beard. 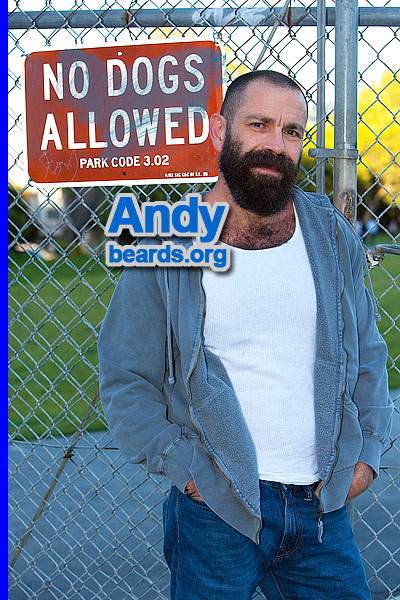 My dad had a beard or mustache for many years. I have a picture of my great grandfather on my mother’s side with a big bushy beard.

I was a relatively late bloomer. I didn’t shave regularly until I was in college. I probably grew my first mustache in my early twenties.

I was a techie guy in Silicon Valley… It was the eighties. Plus, as I said, I hate shaving.

It was nowhere near as full as my beard is now. I pretty much kept some form of facial hair (mustache or beard) from then on.

How did you learn how to shape and maintain your beard? 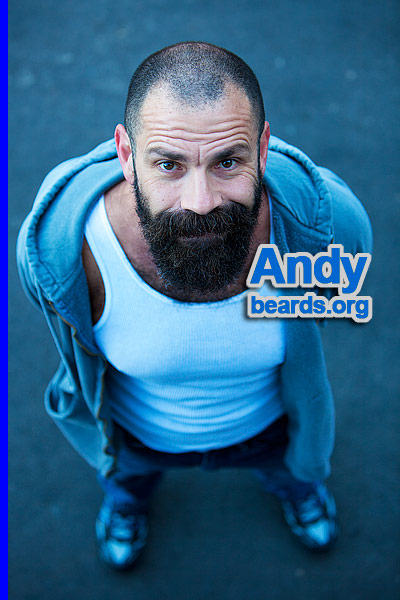 During your beards.org photo shoot, you got a haircut and a minor beard trim. Do you normally trim and maintain your beard yourself or let a barber handle it?

I usually trim my beard myself. Only rarely does a barber touch it.

When did you become a “dedicated, permanent beard grower”? What led to that decision?

I’m not sure. I think it was an evolving decision and personal style.

No, I actually like to change it up now and then. Since the shoot I’ve trimmed it back quite a bit. On occasion I go to short scruff with a full mustache. I’ve been thinking of going back to the horseshoe/biker ‘stache look I once had.

How do you feel about other beard styles that you’ve worn?

I like them all and don’t think any of them were horrid, even in retrospect. LOL.

Do you get a lot of compliments on your beard?

Do you get any criticisms of your beard? How do you feel about them?

I’m sure there are people who don’t like it, but I almost never get a direct criticism.

What would you say in defense of beards to those who dislike beards?

To each his own! If we all had the same tastes, the world would be a much more boring place.

Did you ever get the feeling that your beard was pretty spectacular? How did that make you feel?

Yeah, I’ve occasionally gotten a compliment that makes it clear to me. I learned a long time ago to just say “thank you” rather than to hem and haw. I’m glad that some people like my beard and it’s sometimes a good way to start a conversation with or get a kiss from someone.

What would you say to those men who may feel intimidated, who may feel that their beards are inferior to yours?

Again, I think it would be boring if we were all alike. There are many different kinds of “best of breeds” out there.

Sometimes I wish it were a little less curly. Some of those straight-growing, well-groomed ones are awesome.

I’m excited about it. Very fun!

So many bearded men, so little time! 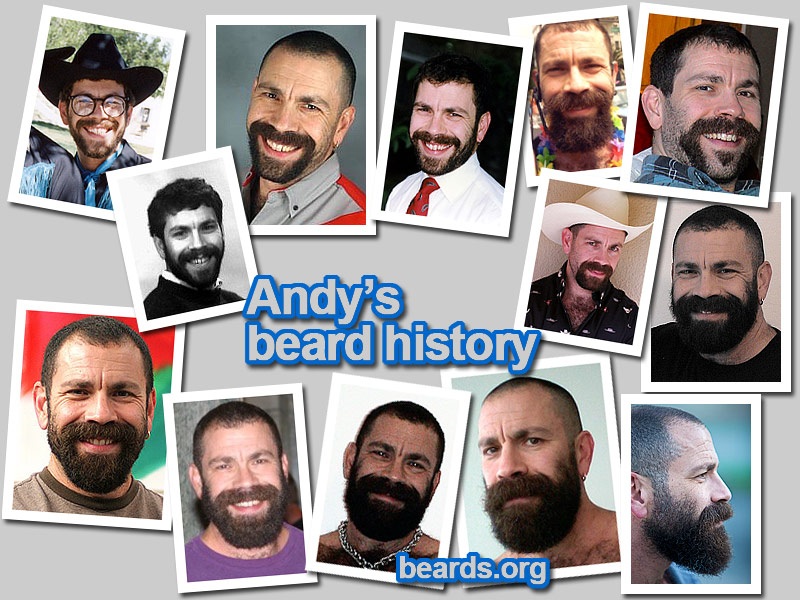 See how Andy’s extraordinary beard has developed and changed over the years.

Click on any of the images in the photo collage immediately above to go to Andy’s beard history photo album. 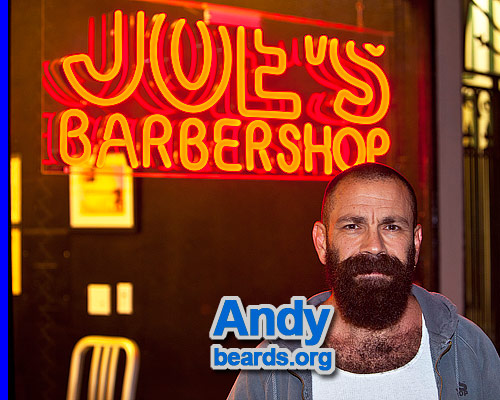 Andy suggested that part of his beard photo shoot take place while getting his hair cut and beard trimmed at his friend Joe’s barbershop in San Francisco, California. Photos from the haircut and beard trim will be added to Andy’s photo album in a future update. Stay tuned! 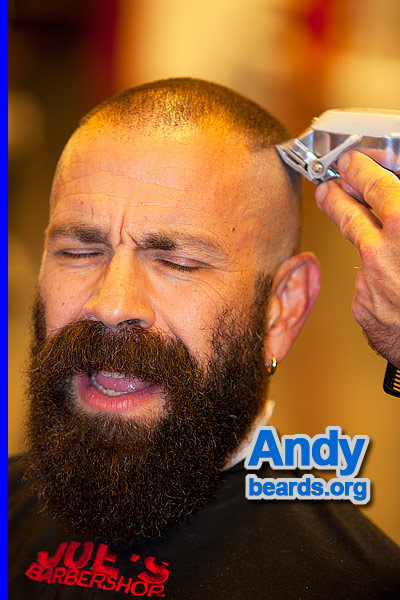 Click on the image below to go to Andy’s photo album featuring photos from his beards.org photo shoot. 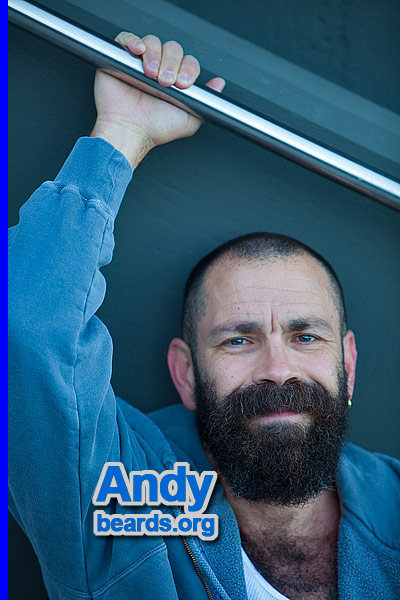