A finer beard you will not find. All about beards remains proud to feature Steven and his superior beard. We are happy to report that his beard is doing better than ever, and Steven’s commitment to the beard is stronger than ever as an outcome of an unlikely event: the shaving off of his beard. The update to his beard story is truly the triumph of the beard. 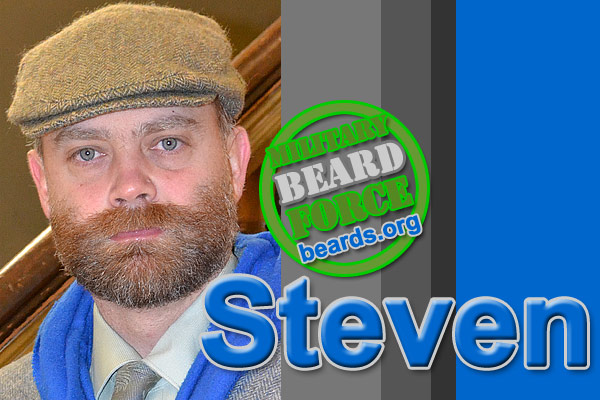 Scroll down to read an update to Steven’s featured beard story. Then, be sure to visit Steven’s photo album, newest photos in the album appear first via this link.

The photos on this page and in Steven’s photo album were provided by Steven and are used with permission. All photos are subject to the site’s conditions of use.

How has your beard been doing since you were first interviewed for your beard feature?

The beard has been doing well. As suggested by another bearded friend, I shaved it off for a school fundraiser. While this episode of beard-a-cide was for a good cause ($$ for the school library), it highlighted the fact that my beard has achieved some level of notoriety. Thankfully, the beard grew back rather quickly and fully. 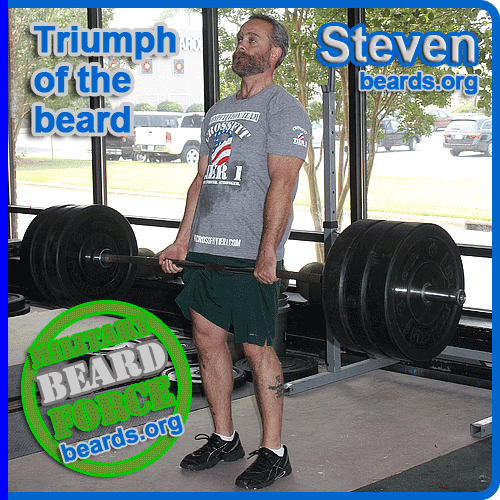 Since being featured on beards.org, has the way you feel about your beard changed in any way? Do you have a new appreciation for your beard?

My beard has become a permanent part of my persona. For many, me without a beard is like a day without sunshine. The negative reaction by some when I shaved it off was palpable. It told me that my beard is appreciated.

Do you have an increased awareness of your beard?

Yes. I carry a beard brush with me and I strive to keep my beard looking well groomed. 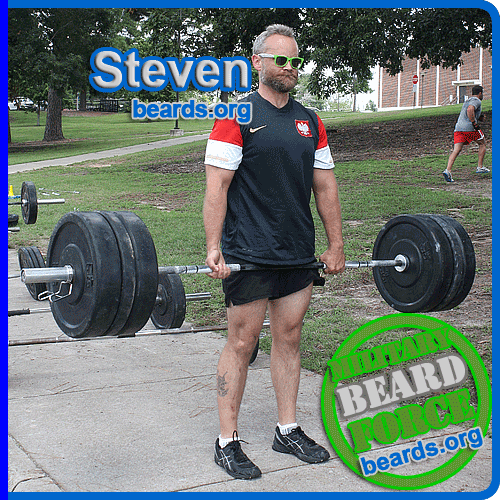 Subsequent to your original beard feature interview, you let your cheek line go natural. Did you let it go fully natural or was there a little bit of shaping, too?

I allow my beard’s cheek line to blossom without taking any sharp objects to the cheek line.

Is this the longest you’ve ever gone with the cheek line this way? How do you feel about the difference?

I resisted the high cheek line for years; however, I am a full convert. I think it’s more RAW and virile.

You grew your beard out bigger (as seen in the red shirt and tie photo). Was that the biggest it has ever been?

Yes, that was the biggest I have allowed it to grow.

I don’t like a HUGE beard. Nevertheless, I appreciate and respect those men who grow those huge beards. I prefer a thick and trimmed beard that makes a statement. 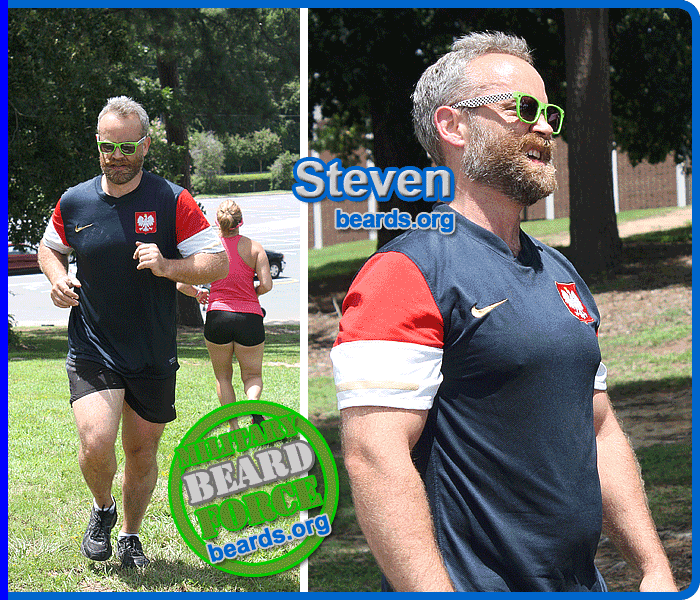 Did the bigger beard get the proper respect?

Yes. Overall, I have kept a thicker beard over the last year or so. The beard always get curious glances and nods, stares, and at times, outright compliments of beard approval.

Do you think you could grow it even bigger, yet maintain a well-groomed appearance?

I could; however, that is not for me at this point in my life.

Have you found yourself being even more of a beard role model and inspiration to others?

My beard has definitely inspired many to grow their own beards. And in a beardly way, I suppose that I have been an inspiration for others.

Have you been getting more questions or compliments or complaints about your beard?

I am a full-time teacher at the high school level. I have had MANY students admit that they could not wait until they could grow a real beard, like mine. And more recently, I took a trip to Europe. When reentering the USA, a female customs inspector stopped me and said: “I have one question for you. How do you trick your beard out like that? I like it!”

Click on the image below to go to Steven’s photo album with the newest photos appearing first.

Return to the main page of Steven’s beard feature.