Beards.org is pleased and proud to present Mike in our featured beards section. Mike has been a long-time fan of and evangelist for beards.org. When we started collaborating on his beard feature, I noted with some curiosity how Mike had taken to carving out portions of his beard below the lip. I questioned him about it and urged him to restore the growth. I said that the carved out area was the “heart” of the beard and should be allowed to grow. Happily, Mike’s beard is heartier now than ever! 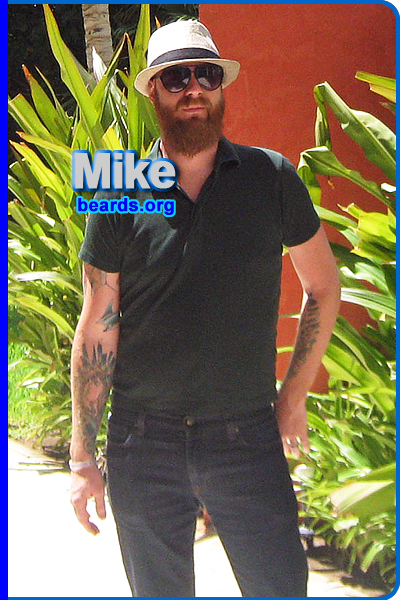 Hi. I’m Mike. I live in Kansas City and make music, mostly as a drummer, but I play other instruments as well in a collaboration called Biarchy (You can have the album for free right here.) and in a rock band called Olivetti Letter.

Unfortunately music doesn’t really pay the bills, so for my day job, I am a sales manager for a business where we repair all sorts of broken Apple products: iPads, iPhones, iPods, Mac Laptops and Sony PSPs. There are a couple of good beards over at work, too. I just need to get those guys to submit some pics to beards.org.

In my free time, aside from playing music, I enjoy eating and drinking delicious foods and beverages, traveling with my lovely wife, and just general slacking. I work to live, and I like to live it up as much as I possibly can. Life is short, much like a lot of the beards out there.. Get out there and enjoy life, dang it!

Scroll down to read Mike’s story. Then, be sure to visit Mike’s photo album.

I think the beard is the staple of a man — a man in search of wisdom, enlightenment and possibly even the meaning of life itself. A man who wears a beard is usually a confident man, sure that the road he is on is the path of purity and righteousness.

I do not know life without the beard. It is quite simply part of me. Why does one live with arms, legs, eyes, or any other indisposable piece of them? Also, my wife thinks I’m a hunk with a beard.

Yes, my father is a beardsman and has been for many many years. I think it’s just something that is engrained in our blood – to wear the beard and wear it proudly. He still carries the beard with him today, and is sometimes asked about his epic beard journey. Definitely. I remember not only being inspired by my dad’s beard, but cartoon and movie characters as well. It was around age seven that I envisioned myself with a “Merlin” beard… Now I have set my goals high, and will someday have what I like to call “The Great Saruman Beard”.

I had my first cinnamon beard at age sixteen. 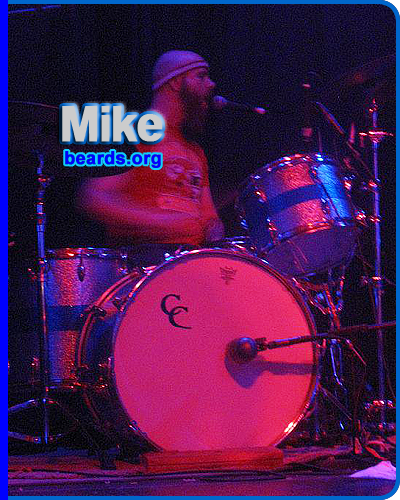 Once I had the ability to do it, I was destined to grow one. I knew that a beard must be grown.

I felt pretty good about it. Thanks for asking. It was not perfect, but for a sixteen or seventeen year-old, I was already a shining star of the very sparsely participated “beard circuit”. It wasn’t the perfect beard, but it was one heck of a beginning. I knew then that I was going to be a beardsman.

Did you ever feel shy or self-conscious about growing your beard?

I did. We all have beard trials and tribulations. There was a time where I trimmed the beard too much, and it was too “perfect”. There was a time where I would trim it badly, and it would be uneven, and even recently, I decided to regrow my “beard heart” (under the bottom lip) to fully naturalize the beard. I had cut it out previously because it grew in too thinly. As Steve has said in the past, one cannot live without a heart — neither can a beard.

Yes. The full beard is my preferred style, and will be for the foreseeable future. 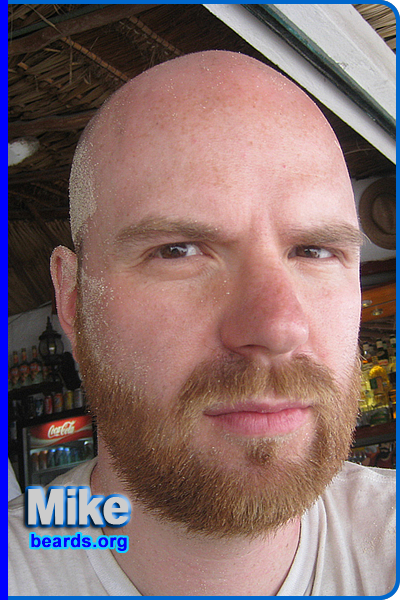 How do you feel about other beard styles that you’ve worn (if any)?

I’m not a fan of the “perfect beard” — the beard that is trimmed so precisely that it is too manicured. I believe that if you have a beard, you should let it be itself. The beard is not a golf course. But, with that said, to each their own — we all have a beard journey where that we live and learn from.

Does your beard have any effect on your self-confidence?

Yes it does. I feel more confident with a beard than without. Without a beard, I look like a thumb with a smiley face drawn on, or Kermit the Frog. Walking around like that, looking like Kermit the Frog simply isn’t an option. I do love Kermit the Frog, it should be known. Nothing against the guy.

When did you develop pride and confidence in your beard?

I believe there is a moment when all beard wearers “come into their own”, and become beardsmen. I believe that time for me was in my early twenties. Twenty-one years old, let’s say.

Most are quite impressed, a few are amazed by it. Some may even be appalled by it. Americans are an opinionated group, so the clean-shaved sometimes can be opponents of the beard. But most times, the clean-shaven cannot grow the beard. So they are mostly in wonderment of it. It is an accomplishment that they cannot gain. They are on another journey — one that is not the road of a beardsman.

Does the way that people view your beard affect you?

No, I’m sorry but it does not. My destiny is clear, as it relates to wearing a beard. People are free to think whatever they’d like, but it has no effect on me and my beard. My beard discipline is unrivaled. 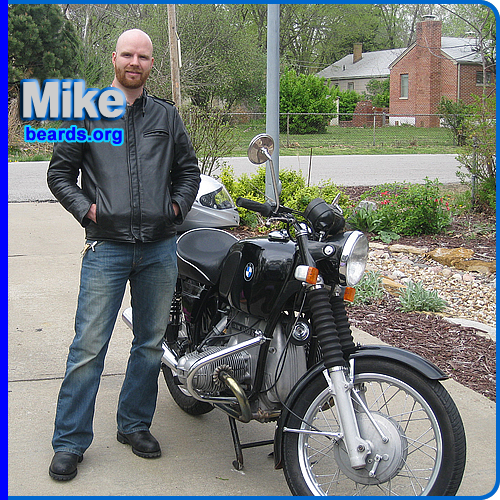 What would you say to people who are against beards?

I’d first ask, “Have you tried growing one? Have you made it past the tribulations of the beard (the three-to-four week mark)? Can you even grow one? Is your opinion influenced by your significant other or perhaps a negative memory of the past?” If the answer to these questions are yes, then the beard is not for them, and I respect that. They’re on a different path than I am.

What should everyone know about beards?

First, understand that the beard has deeper meaning than just the fact that a man hasn’t shaved in a few days (or weeks). The beard represents wisdom, strength, confidence, focus. It is important to know too, that there are beard trials and tribulations — the beard requires nurturing and care. Once you commit to the beard, it takes discipline, trust, and honor. Honor the beard and the beard will reward you. You will see the fruits of your beard labor.

Well, it’s great being a bearded musician. I believe that there is solid evidence that the beard/musician combo began thousands of years back. It’s easy to envision tribesmen/beardsmen making sacred music, proudly wearing beards. I often get asked about my beard after a gig, and I’m happy to chat about it. Nowadays, there are many, many bearded musicians around the world. I like think of us as a brotherhood.

The color. Even at age thirty-four, I am blessed with a uniquely red strawberry/cinnamon beard.

Oh, I wouldn’t call them complaints, but I do have to make sure that it doesn’t all grow in one direction. Sometimes it grows to my right, and I just brush it and keep it in line. No complaints when it comes to my beard, just constructive criticism. 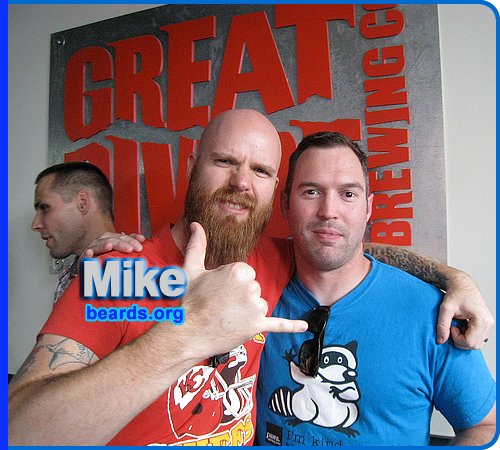 Yes I would. First though, I’ll say that each man must do what he feels — if that means growing a short beard, then so be it. As beardsmen, we must choose our own paths. I am a full beard supporter, however, and would suggest that if you’re going to grow a beard, go all out.

Back in 2005, you were one of the first to appear in the new beards of the world gallery. What prompted you to send in your photos?

I wanted to represent Kansas City as one of the best beards in the region. I knew that the site was going to feature a lot of great beards, so it was an easy call — I wanted to be one of the first!

In 2005 you said that you were a beards.org supporter. What prompted such dedication?

The first moment I saw beards.org, I could sense the attention and respect paid to the beard. I was very impressed by that and became a supporter and repeat visitor of beards.org. I also appreciated the beard advice and conversation.

A 2006 article about your band even included a reference to your presence on beards.org. Very cool, thank you. What’s the story on that?

That’s great that you found that. I’m not sure how it came about, I believe he asked about my beard during the interview, but somehow the writer found out about my presence on beards.org and wanted to mention it. I was happy to share that info! 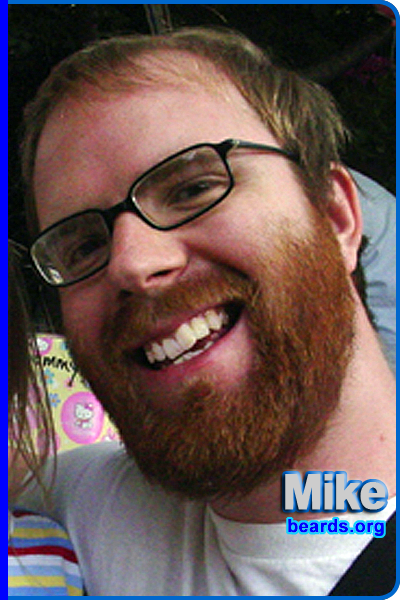 Has beards.org had any influence on you?

It sure has. Beards.org put me back on the path to beard righteousness once I started growing my beard “heart” (below the bottom lip) back. Also, I condition and brush the beard more based on the beard grooming section.

I feel wonderful about it — thanks! If my beard can be not only showcased, but inspirational to others, then most of my duties as a beardsman are complete. I am honored to be featured on beards.org

What do you think about beards.org today?

I am amazed at how widespread it has become. The beard community there is tremendous. Beardsmen all over the world have come from afar to share their beards and stories. It is a mega beard-plex and a great beard resource center. I am very happy that it has become the success that it is!

Click on the image below to go to Mike’s photo album. 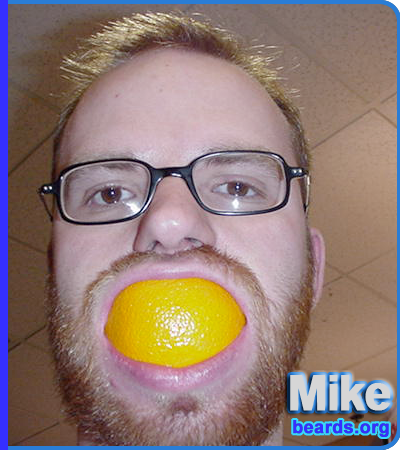