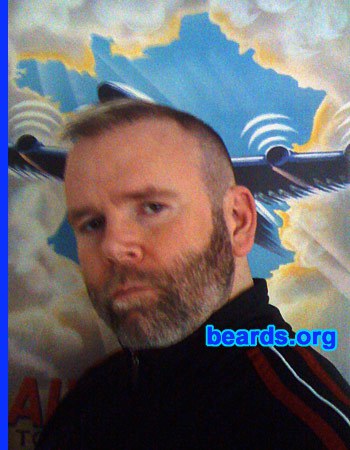 Could you imagine never allowing the world to see this beard? This is Dale. More than a year ago, a friend recommended to Dale that he visit beards.org. Dale checked out the site and was immediately inspired to start growing his beard. He has been growing his beard and experimenting with different styles ever since. That’s one more beard in the world, thanks to beards.org.

Of course, Dale’s industrial-strength beard is not the only beard whose growth was inspired by the site. Several are documented in the beard success stories section of the site. Those, however, represent only a tiny fraction of the beards added to the world in response to the influence of beards.org. I know of lots more. I am sure that there are even more out there that I haven’t heard about and likely never will. If you are among those who grew a beard because this site convinced you to try it, drop me a line to let me know. And if you’d like to appear on the site, be sure to mention that!

If you know someone who could grow a beard, be sure to tell him to get to beards.org and start growing. He could be the next Dale! Remember that Dale’s example shows that it works! Do your part to add more beards to the world.

Cell phone photo of Dale above is provided courtesy of Dale and used with permission.

4 thoughts on “adding more beards to the world”