Alex Mulholland, a youth worker in Scotland, wrote to tell me of a recent beard-growing effort to support a local charity. With inspiration from all about beards, the group of beard growers went from two to twelve overnight. Taking advantage of “no-shave November”, the beard-growing went on for the duration of November 2009. Six of the charity beard-growers are pictured on this page. 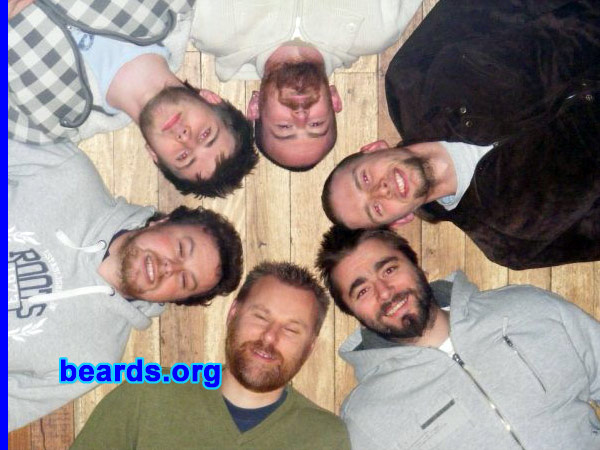 Alex sent in a report on the beard-growing event as well as photos and comments from some of the participants. Scroll down for the story, comments, and photos. 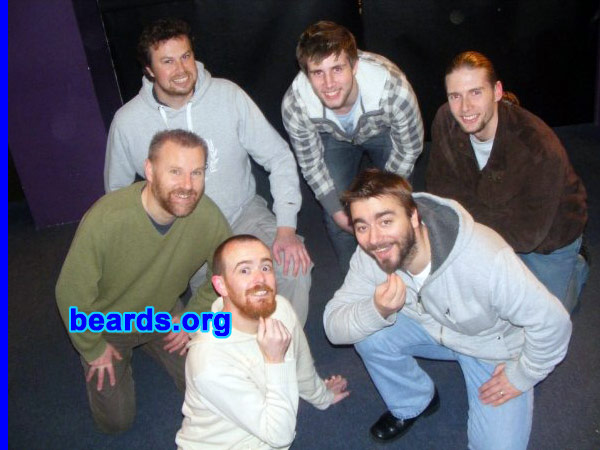 This year is the year of the Scottish Homecoming, in which Scots all over the world were invited to return to their Scottish roots, whether that be in visiting Scotland or just enjoying some of the time old Scottish traditions. It was fitting that at the official end of this homecoming year, on St. Andrew’s Days (30th November), our return to our Scottish roots was ended.

We a group of twelve men, consisting of pastors, youth workers, and volunteer workers. We felt called to let it grow for the month of November. In doing so, returning to the time old tradition of being a beardy Scot, but also raising fund for a local charity. Many of us, feeling the pressure of this modern day, had never really grown facial hair at all. Some of us were not even knowing we were able to!

So on the first of November we started. And for the whole month we were free from the tyranny of the razor blade. For many of us it was a liberating experience. To view my progress over the month you can visit my blog and read of my adventure: www.alex-noshave.blogspot.com.

We raised altogether well over £1000 Sterling for the local charity, called “The Ark”, which is a non-alcoholic night club and
a safe place for young people to hang out over the weekends. Alcohol abuse in young people and street violence is a problem in many parts of Scotland and the Ark is one of the only places in Scotland where young people can call themselves really safe. You can find out more about the Ark by visiting their website: www.ayrark.co.uk . 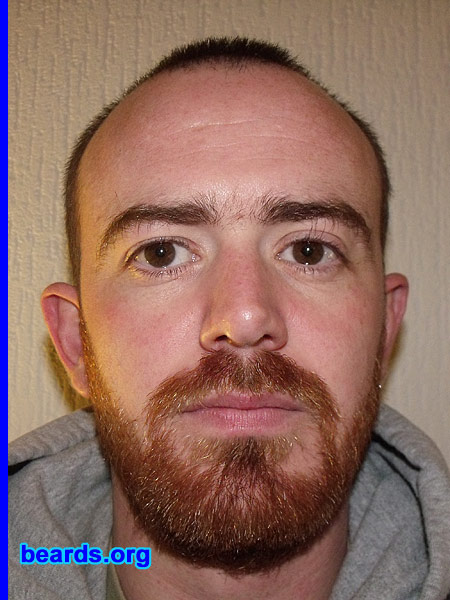 No-Shave November has been one of the best experiences of my life! And having a full beard has changed the way I view myself and how others view me as well. I will definitely continue to wear with pride the full beard. Also being able to be raise money for charity, but doing it in a way in which I can celebrate my manhood, was awesome! Although many people, including my wife do not like beards, I would really like to encourage and enthuse all men to just try it and let it grow for a while. I really believe that it is an experience that you should really have.

Up here in Scotland it can get really cold sometimes. And we are right on the coast, so the wind can be a killer. Having a beard can make such a difference. It’s like wearing an organic balaclava and the cold just doesn’t get in!

Let’s bring the beard back in fashion. Let’s show just how cool you can be with facial hair. 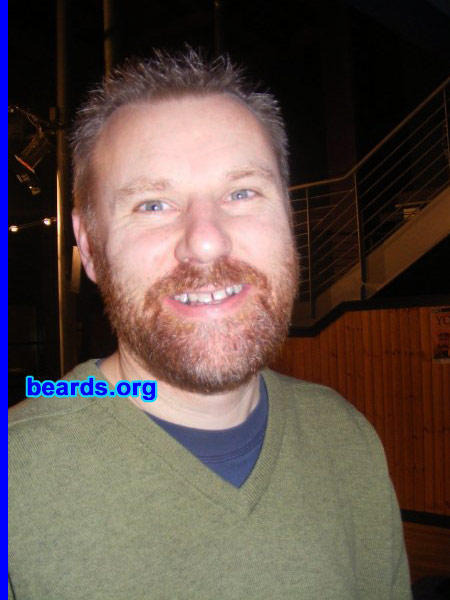 My experience as a first-time beard owner aged forty-one and three quarters… Itchy! I found myself stoking it affectionately. Friends (?) say I ought to keep it and that it suits me (but then when you have a face like mine?). My wife, however, says it must go and if I don’t do it myself, then she is likely to come at me in my sleep with a blunt cut throat! So sadly, my beard and I are destined to be but a brief flirtation. 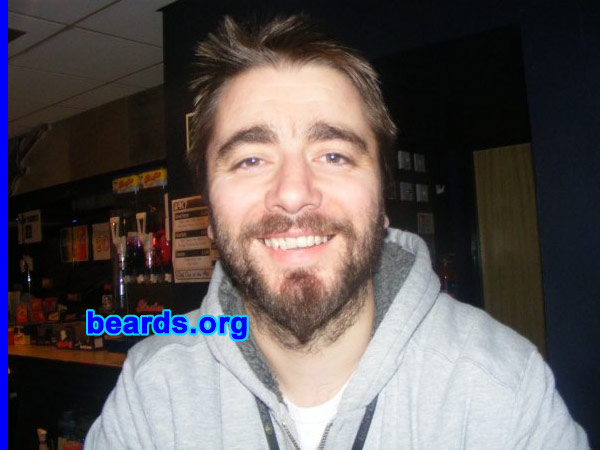 I have loved growing a full facial. My neck itched the most, but knowing that a local charity would benefit from my perseverance really helped! I am intending to groom my base line a bit and will continue this beard for as long as I can. However, I feel like a better man for growing a beard. Having a goatee for some time, I didn’t feel the benefit at first; but now I appreciate how the semi-beard just added to the nice profile of my full growth now. 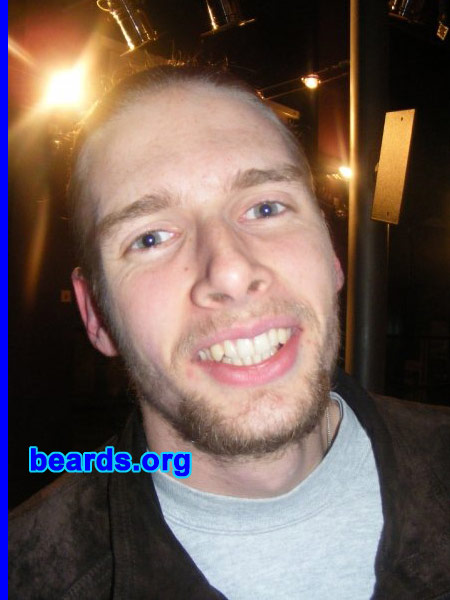 I found the whole experience of beard growth a fully interesting time — the feeling of hair on the face and the difference it made to the way people perceived me. A fantastic response was given by all the people I spoke with! 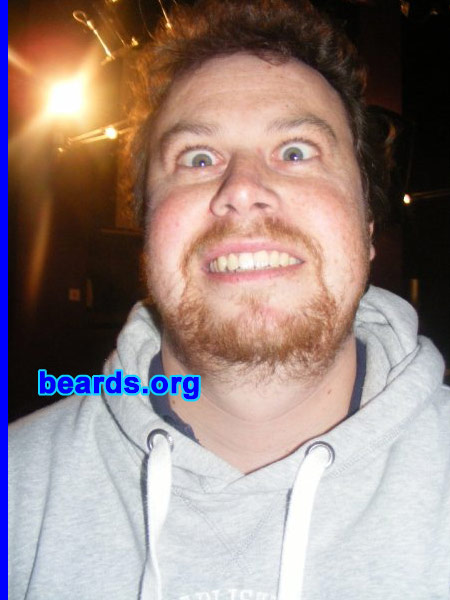 My bearded month opened my eyes to a new fuzzy-faced world, a world I’d never experienced before and never will again! I really disliked the feeling that food was hiding somewhere beneath the growth and the fact that random peole randomly stroked it without permission! So I shall return to my naked ways and once again stride through the town barefaced! 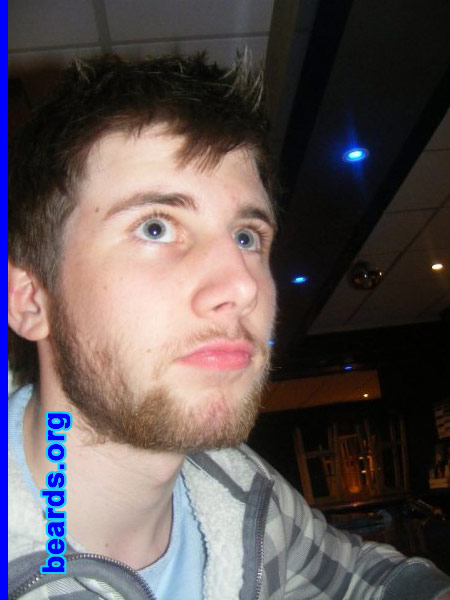 This was my first beard and, to be honest, due to the fact that I have never let any facial hair grow any longer than two weeks before, there was a big worry that the hair would fall out come day fifteen! As you can see, it didn’t and continued to grow. I was more than happy that I was able to steer clear of the dreaded itch and, because of my beard, I even became better known in my university classes. Overall, growing a beard was a great experience and such an easy way to raise money for a good cause!

Return to the beard contests page.

Photos used with permission. All text and photos are subject to this site’s conditions of use.