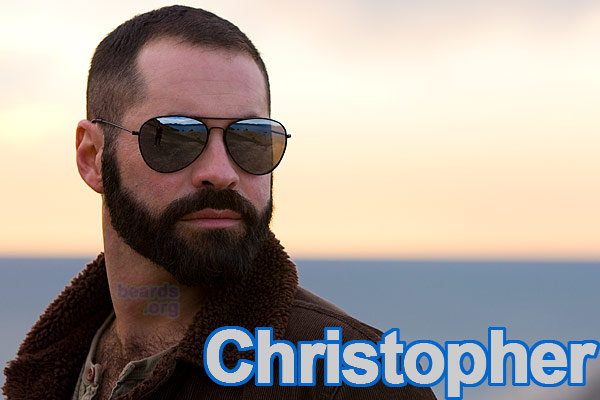 all about beards is pleased to present Christopher in our featured beards section. His beard feature and photo album are illustrated with photos taken during a photo shoot exclusively for beards.org. More photos from that photo shoot will be added in further updates. All photos are subject to the site’s
conditions of use. 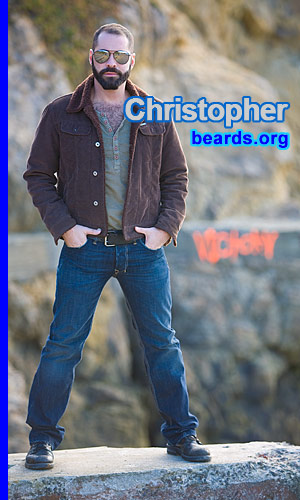 I grow a beard because I prefer most men to have facial hair, including myself. My beard expresses who I am and where I am on my journey.

Did you ever want to grow a beard before you were old enough to grow one?

My father and all my uncles at one time or another had beards. I grew up in the seventies. I assume it subconsciously influenced me as a child.

I was living in New York City and had a goatee. I was ready for a change and was about to move to San Francisco. I had just reached my thirties and it felt right.

It was very manicured and I didn’t allow it to be natural. It was definitely experimental.

As I said earlier, I’ve always preferred myself with facial hair. The goatee and sideburns were a staple for my twenties.

I guess I see myself as more mature, more of a man. In my twenties I was still finding myself. This is who I am right now. I’m sure I will always keep changing, but I think the beard will be a constant.

It gets a lot of attention, almost always positive.

I would say probably permanently.

I really like how dark, thick, and full it gets.

I’ve learned to be a little more natural.

I would most certainly recommend other guys to grow a beard, even if only temporary. It’s always good to see yourself in a new way.

I’m honored. Thanks for the cool photos, Steve!

Click on the image below to go to Christopher’s photo album. 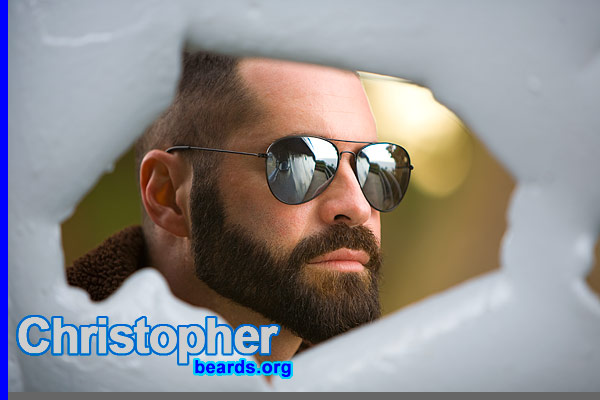