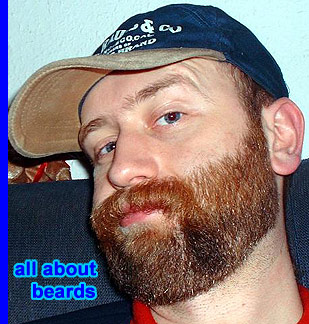 Photos are courtesy of David Lamorski and are used with permission. All photos are subject to the site’s conditions of use. Click on the photo to go to David’s photo album.

David wrote from Germany quite some time ago that the all about beards site had provided him with inspiration to grow his beard. His email actually gave me the idea to create the “beard success stories” feature. Naturally, he was a perfect candidate to feature with a success story. David kindly agreed to participate by answering the questions below and by providing some extraordinary beard photos. Many of David’s photos were taken exclusively for all about beards.

It’s difficult to say. I’ve been surfing around the net since 1996. Maybe I found the site in a pre-Google search engine such as hotbot.com or webcrawler.com. I’m not sure. 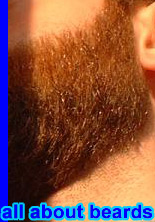 If I remember correctly, I already was bearded when I visited all about beards for the first time. I wore a goatee and sideburns. I changed my style every few weeks.

Of course! (See the next question.) A great idea also was the beard terminology page. This page helped me a lot to understand the postings on the web’s beard forums — first on Victor’s site (defunct) and now on beardcommunity.com.

It helped a lot to find my own style (or procedure), how to care for, groom, and trim my beard. BTW: a few words about braiding are still missing. 🙂 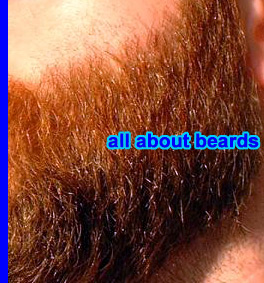 No. To grow a beard is very public. Everyone can see it. So I think this is more a social problem. Someone with low self-esteem will faster give up than others without the support from the all about beards site.

I love beards. I tried out many styles. (Maybe I created some of my own… 😉 But none have I liked more than the full beard.

Yes. I grew a really long beard for a period of two years. Finally it reached 16cm in length and stopped. I found that this is the limit, the terminal length. Because it didn’t grow longer, it became boring to me. So I trimmed it in many steps. Each time I cut a bit more.

People have reacted quite differently. But most have been very positive. I was asked (by women and men!) for permission to touch the long beard.