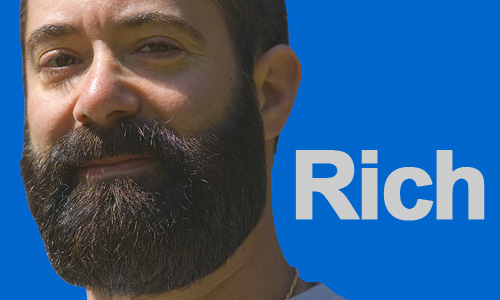 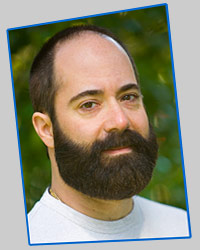 Be sure to visit Rich’s photo album.

I LOVE beards. I think that they greatly enhance someone’s personal characteristics. The range and styles of them is just as diverse as the personalities of the guys that wear them. I love the way they look and feel.

Why did you grow your beard?

I loved how beards looked on some guys from an early age, and I wanted to enjoy growing one myself. I loved seeing them on others, and wanted to experience it myself.

Absolutely! I loved the images of Paul Bunyan and historical bearded men since I was in my early teens, maybe earlier. I wanted a beard of my own. I was happy when the mustache and leg hair came in, as it was only a matter of time before I would get more facial hair.

I did have some friends and acquaintances that had beards when I was in my teens and vacationing in Scotland, and it strengthened my desire to see more beards and eventually grow one myself. The Scottish brogue and a handsome furry face…well it was a great combination!!

I grew a mustache as early as fifteen and I tried my first beard at seventeen. My parents said, “Get that stuff off your face” and then they went on vacation. I was not going to let this opportunity to let it grow in go by. When they came back, it had grown in a bit and looked really nice. I kept it neat and my parents complained less. I have had it ever since, except for a few
experiments on style.

I loved it. It really changed the way I looked, from just a teenager to someone who was growing into a man.

It was the first style I had when I started to grow some serious facial hair, and I grew very fond of it. I am a fan of the full beard as my personal favorite, but I also like the tail-back style as well on some guys. I have had a goatee and mustache, and the tail-back style before. Many people came right up to me and said they liked the full beard and wished I would go back to it as it was THEIR favorite style on me. Since I agreed, I grew it back in. It was interesting to see the bare skin areas of my tail-back grow back into the full beard in about two weeks or so.

You obviously have a spectacular beard. When did you first realize that your beard was extraordinary?

Why thank you. A lot of fellow employees at one of my jobs would tell me all the time that I had a nice beard. Customers, managers, employees would say it, and I thought it was a bit unusual for some of these people to mention it. To this day people (men and women) do make comments on it, and some do ask if they can touch it. It was a little unsettling to me at first but I don’t mind it at all now. I chalk it up to the admiration of beards, which has been around for centuries.

How does it feel having such an extraordinary beard?

It really does feel nice. When it’s cold, it really does help keep me a bit warmer, and when it’s hot, the sweat does cool me off if there’s a breeze. I don’t have an egotistical mindset, so it always feels weird for me to agree with people if they compliment my beard. But again, I know that people are just admiring a nice beard and I have done it many times myself!

My beard has helped my self-confidence a lot. Some would argue that a beard is an affectation and a shield hiding someone’s facial character and I view it completely differently, as a character-adding quality that gives me more strength of confidence. While I have personally seen a beard be a discriminatory topic in some professional jobs I have held, I have always been steadfast
that it is the person inside and his self-esteem that should be judged, not the hair on his face.

Most have reacted by being curious or having admiration for it. Some people who do not like beards have indicated that it’s “far too hairy”. I take the good comments which outweigh the negative ones by far!

Absolutely. I have had it for over fifteen years and I view it as a part of me, almost as important as a toenail or similar (you could go on without it, but most would not want to). I am personally not a “seasonal” beard wearer and really enjoy it year-round.

Absolutely. Other than using a photo manipulation program to simulate what it would look like, I think that, if someone’s employment allows, they should try to grow a full beard to see how it looks, or at least try it during a vacation. If someone is even curious about it, it’s worth a try, and you may discover that you like it a lot!

I am honored to be featured and it was a pleasure working with Steve and sharing some anecdotal stories while we did the photos for the shoot. I am glad that there is such a site to celebrate the beard and all its variation and history. 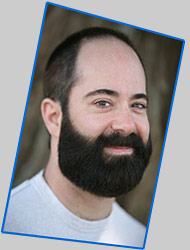 Click on the image above to go to Rich’s photo album.