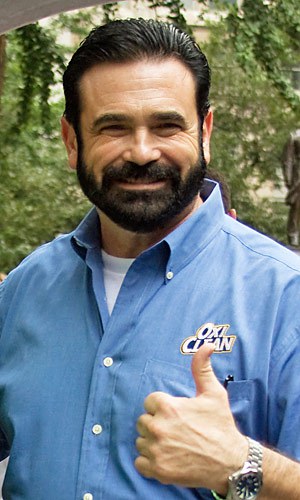 Billy Mays photo used by beards.org is licensed under a Creative Commons Attribution-Noncommercial-Share Alike 3.0 United States License. Based on a work at www.flickr.com.

Billy Mays unexpectedly passed from this life on June 28, 2009.  Billy was a famous pitch man on television, enthusiastically selling a variety of products.  Through his work on television and personal appearances, Billy Mays became a celebrity.  Just as famous as Billy himself was his dark full beard.  Billy demonstrated to the world that a full-bearded man could appear in advertising and achieve great success.  For that, I say, “Thank you, Billy.”